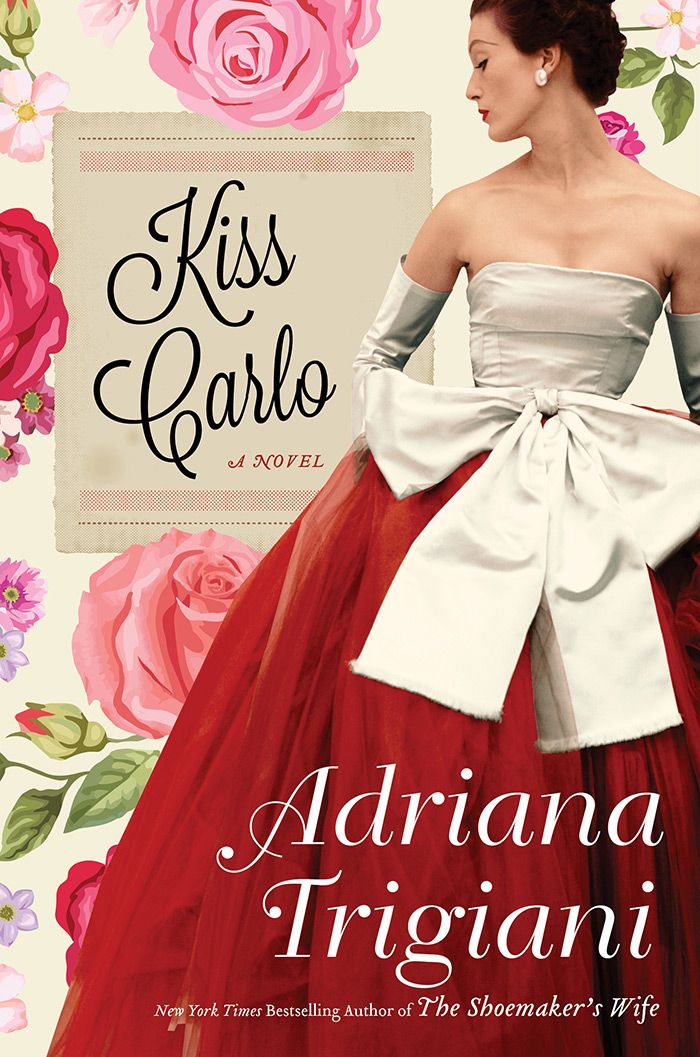 “For Adri-addicts and newcomers alike, Kiss Carlo is a delightfully retro read from novelist Adriana Trigiani, best-selling author of The Shoemaker’s Wife. Carlo is a sprawling story that stretches from Italy to Philadelphia and New York to interweave the lives of hard-working Italian families making a living in the years after World War II. . . . Nicky and Calla’s chemistry is crackling; they don’t talk so much as banter. The path they must travel to each other’s side is winding but rewarding, mostly because of the characters they meet along the way. . . . At a time when crass seems to trump class in popular culture, Kiss Carlo may be just what we need, a warmhearted romp that’s a welcome escape from novels about girls who are gone/on a train/tattooed. Kiss Carlo is set in a world where people don’t eat pasta, they eat macaroni, and the secret isn’t in the sauce but in the gravy. Now that’s Italian—and an incredibly satisfying dish to dig into. Three and a half out of four stars.” –USA Today

“Trigiani’s boisterous, maddening, devoted Italian clan will have you wishing they’d adopt you too.” –People 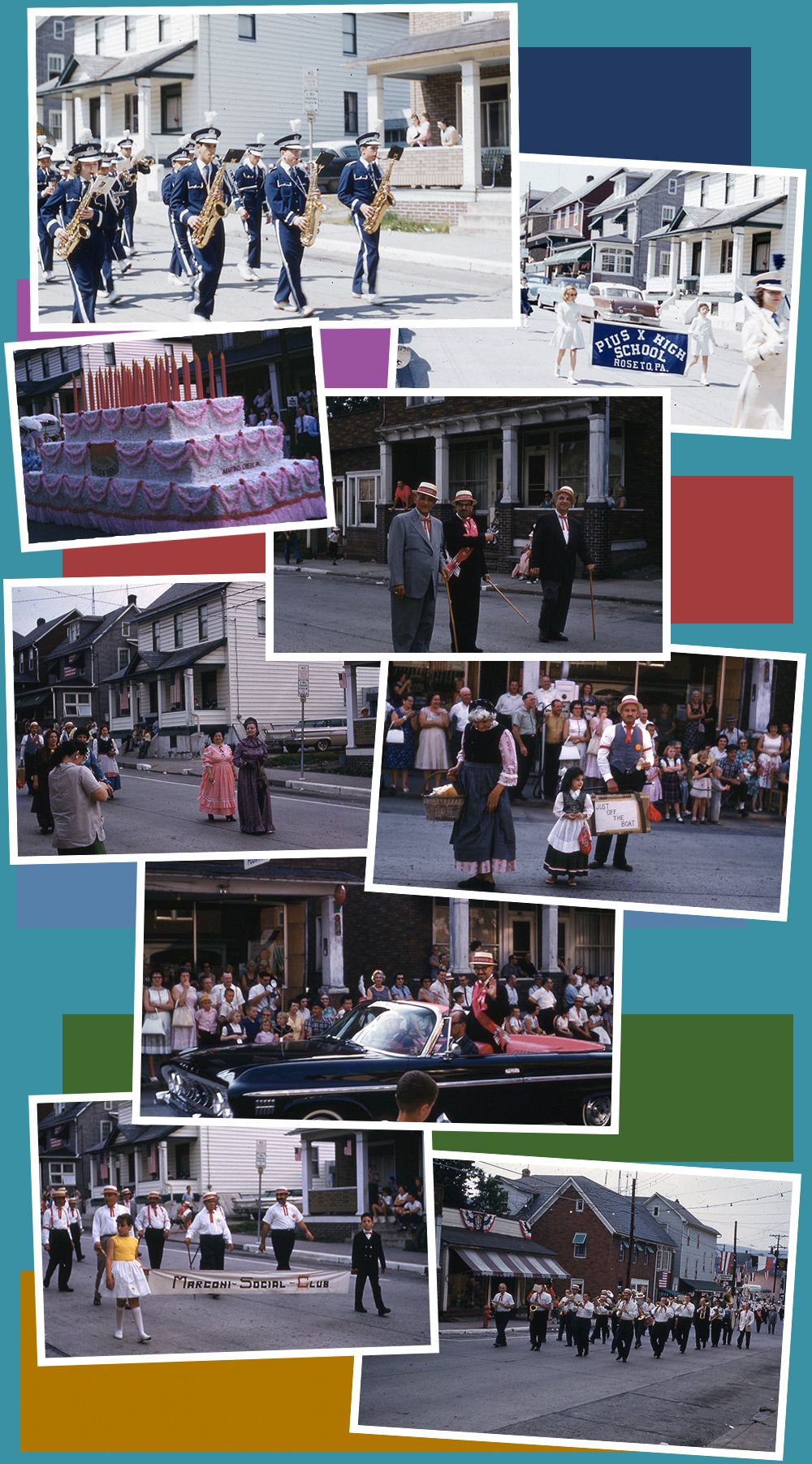 Kiss Carlo is an exhilarating epic novel of love, loyalty, and creativity — the story of an Italian- American family on the cusp of change. It’s 1949 and South Philadelphia bursts with opportunity during the post-war boom. The Palazzini Cab Company &amp; Western Union Telegraph Office, owned and operated by Dominic Palazzini and his three sons, is flourishing: business is good, they’re surrounded by sympathetic wives and daughters-in-law, with grandchildren on the way. But a decades-long feud that split Dominic and his brother Mike and their once-close families sets the stage for a re-match.

Amidst the hoopla, the arrival of an urgent telegram from Italy upends the life of Nicky Castone (Dominic and his wife’s orphaned nephew) who lives and works with his Uncle Dom and his family. Nicky decides, at 30, that he wants more – more than just a job driving Car #4 and more than his longtime fiancée Peachy DePino, a bookkeeper, can offer. When he admits to his fiancée that he’s been secretly moonlighting at the local Shakespeare theater company, Nicky finds himself drawn to the stage, its colorful players and to the determined Calla Borelli, who inherited the enterprise from her father, Nicky must choose between the conventional life his family expects of him or chart a new course and risk losing everything he cherishes.

You will meet Hortense Mooney, the dispatcher and Western Union telegraph operator who changes Nicky’s life and her own when she takes a risk; Gloria Monty, the young director at the forefront of the golden age of television; Elsa, Mabel and Lena, the Palazzini wives who have secrets of their own and the men who love them.

From the dreamy mountaintop village of Roseto Valfortore in Italy, to the vibrant streets of South Philly, to the close-knit enclave of Roseto, Pennsylvania, to New York City during the birth of the golden age of television, Kiss Carlo is a powerful, inter-generational story that celebrates the ties that bind, while staying true to oneself when all hope seems lost.

Told against the backdrop of some of Shakespeare’s greatest comedies, this novel brims with romance as long buried secrets are revealed, mistaken identities are unmasked, scores are settled, broken hearts are mended and true love reigns. Trigiani’s consummate storytelling skill and her trademark wit, along with a dazzling cast of characters will enthrall readers. Once again, the author has returned to her own family garden to create an unforgettable feast. Kiss Carlo  is a jubilee, resplendent with hope, love, and the abiding power of la famiglia.

If you have a deep crystal bowl or a trifle bowl or a clear or rectangular dessert dish (8 x 11), all work for the presentation of this cake. However, Gram made it in a deep, clear trifle bowl, which, when served, looked elegant.

Line the bottom and sides of the serving dish with the ladyfingers. Have fun—create a pattern on the base of the dish and line the sides up to the edge. Brush the ladyfingers with the amaretto evenly until it soaks in. Cover and place in the refrigerator as you prep the filling and topping. Set aside the remaining ladyfingers to create the layers.

Melt the chocolate with 4 tablespoons boiling water over very low heat. Cool a bit, then beat in the 6 egg yolks, one at a time. Add the sugar and vanilla; stir thoroughly until dissolved. Beat the egg whites and fold them in (they should be creamy). The chocolate cream should be the consistency of frosting.

To make the whipped cream topping: Pour the cream into a bowl and add the sugar and vanilla. Using an electric hand mixer or balloon whisk, beat the cream until it is dense. Add more confectioners’ sugar tothicken the whipped cream. Before serving, remove from the refrigerator. Serve the cake with a dollop of fresh cream. 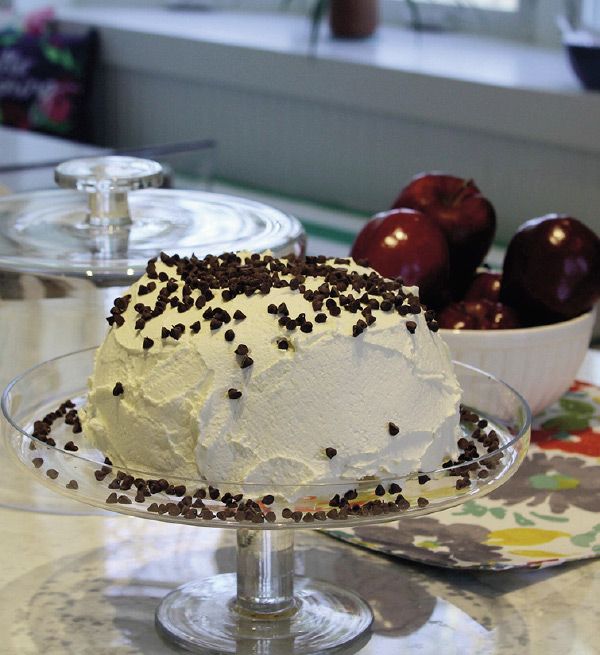 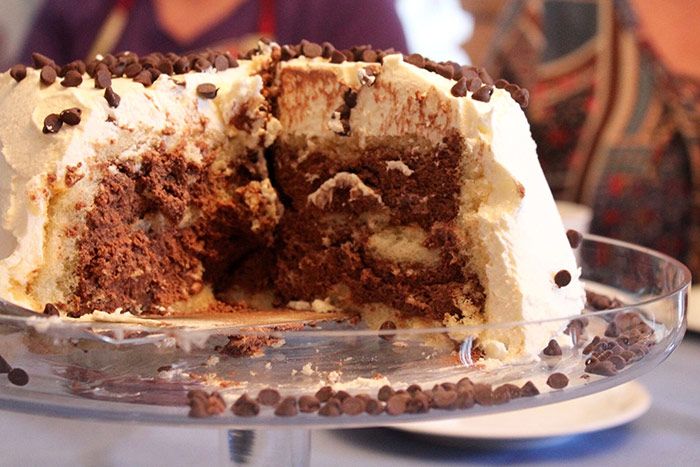 Using a bit of water and just the fat from the sausage itself, cook sausage in a skillet. Just before it begins to brown, add the vegetables and season with the salt and pepper. Serve with a good, hearty bread and a salad. 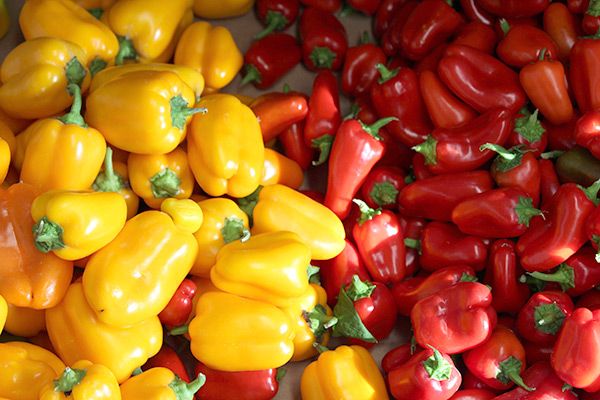