Own Big Stone Gap on DVD and Blu-Ray >

Based on the bestselling novel

Shot entirely on location in the mountains of Virginia 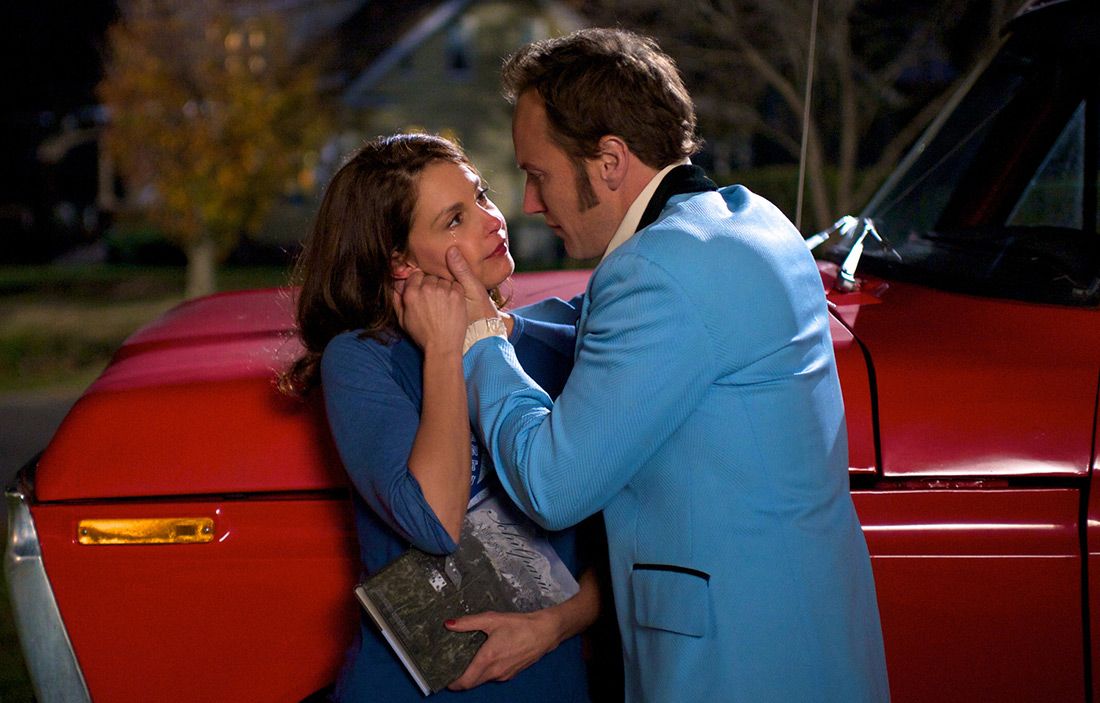 Top-grossing film directed by a woman in 2015

Based on her best-selling novel of the same name, writer/director Adriana Trigiani brings the story of a coal mining town nestled in the Appalachian Mountains of Virginia to vivid life. It’s 1978 and the ever-ordinary Ave Maria Mulligan (Ashley Judd) lives a simple life. Ave Maria lives with her mother, runs the pharmacy, directs The Trail of the Lonesome Pine Outdoor Drama, and hopes that Theodore Tipton, her best friend and the high school band director will take their platonic friendship in a romantic direction. Ave Maria waits, and before she knows it, she turns 40. Now the old maid of Big Stone Gap, Ave Maria decides that happiness is for other people – that is, until a long-buried family secret throws her quiet life spectacularly off-course.

While Ave Maria’s life implodes, a historic visit from the iconic movie star Elizabeth Taylor, who comes through town on a campaign stop with her new husband, Senate candidate John Warner, stirs the locals into a frenzy. As Hollywood glitter settles across the coal fields, Ave Maria is caught in the middle of a long held family feud and a marriage proposal that tanks. Her confusion and uncertainty lead her to rethink the choices she’s made and re-chart her own life course. She decides to trade security for adventure, believing for the first time, that it is never too late for anything—or anyone. 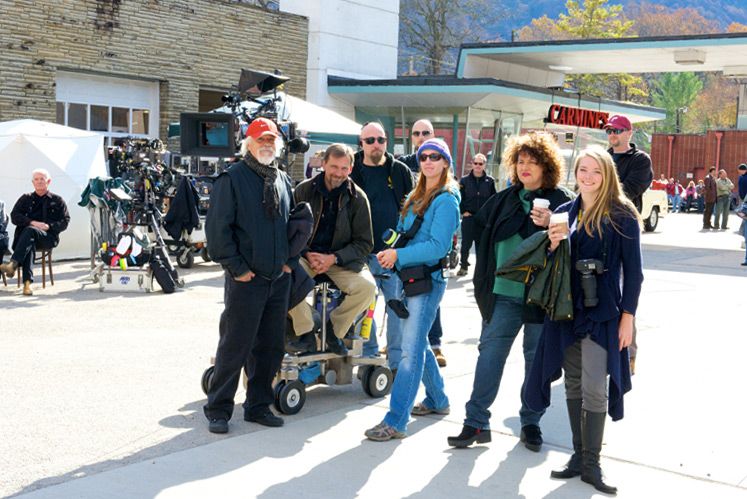 Trigiani directs a scene in front of Carmine’s. “Big Stone Gap, the place, is really the landscape of my dreams,” says Trigiani. “As for the story, the spectrum of life is explored in the pursuit of happiness and its components: the profound necessity and joy of friendship; the dignity of hard work; the need for family, for connection; and the glory of love.” 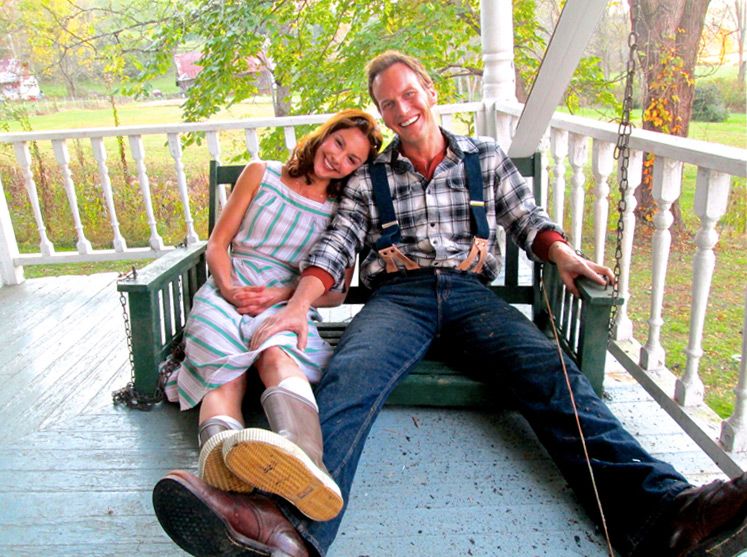 Ashley Judd stars as BIG STONE GAP’s self-proclaimed spinster, Ave Maria Mulligan, a mountain girl whose life has hardly begun at age 40 – a state that’s quick to change at the onset of the film. “The acting [in Big Stone Gap] was so glorious, just really fun,” says Judd. “It brought me back to that unfiltered joy of the creative process.“ 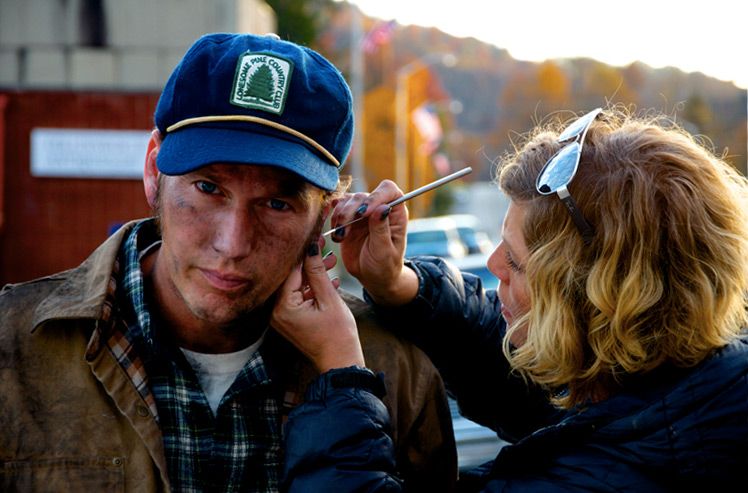 Patrick Wilson gets a touch-up during production. Wilson stars as Jack MacChesney, the “Gary Cooper of Big Stone Gap.” Wilson has had roots in the Virginia town for generations. “BIG STONE GAP,” he says, “will remain as one of the most personally successful and emotionally-rewarding films of my career.” 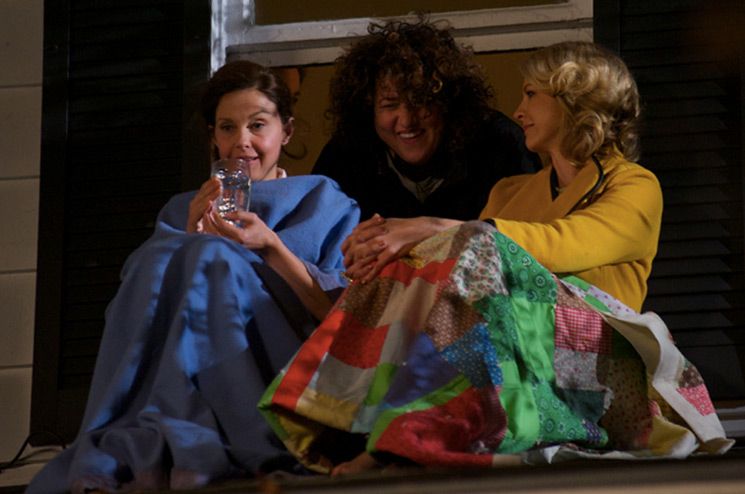 Jenna Elfman plays BIG STONE GAP’S feisty librarian, Miss Iva Lou Wade. “I loved my character, how she was written, the clothes I got to wear and working alongside my super-talented fellow actors,” says Elfman. Of the director, she says, “I have never met a more charismatic, open, humorous, talented, vivacious and confident woman in my life. She is my new lifelong friend.” 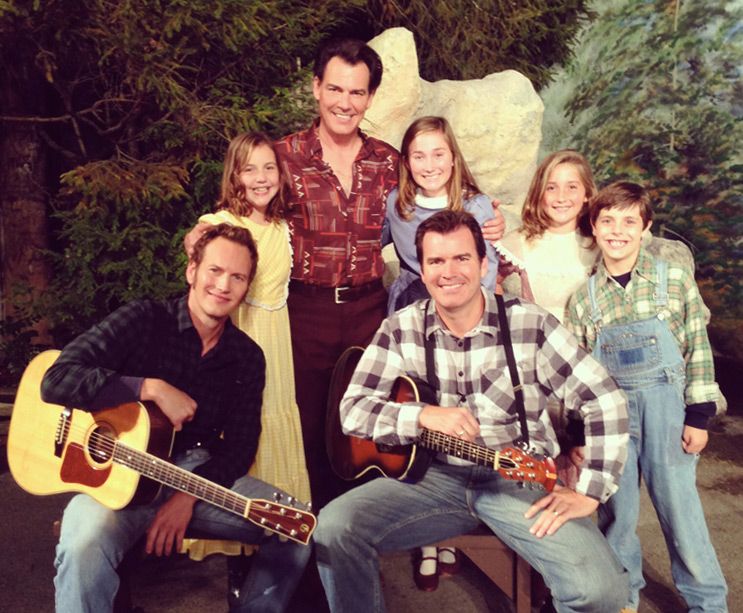 BIG STONE GAP features actors that know the story of the cozy town down to its roots, including the Wilson clan. Paul Wilson – brother of leading man Patrick Wilson – says of his experience, “As kids, my brother and I spent many years fishing in the ponds, catching crawdads in the creek and getting to know the families and people who make Big Stone a big part of our lives. Now, to be able to come back and celebrate the people and the community onscreen with this talented cast and crew, and stay in our family home, makes ‘Big Stone Gap’ the biggest memory of my life.” 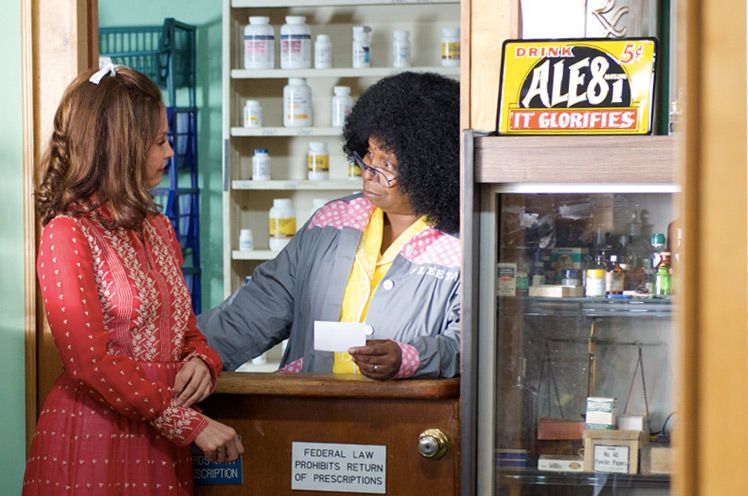 Whoopi Goldberg meets her match in the role of the always-honest Fleeta Mullins, one of Ave Maria’s most trusted friends. They are showcased above in Mutual Pharmacy, one of many real locations used in the film. “Working on ‘Big Stone Gap’ was a dream come true for so many reasons,” says Goldberg, who is one of few artists to have won an Emmy, Grammy, Academy Award and Tony. “When Adri told me she had me for the role of Fleeta 10 years ago, I said ‘yes, yes, yes!'” 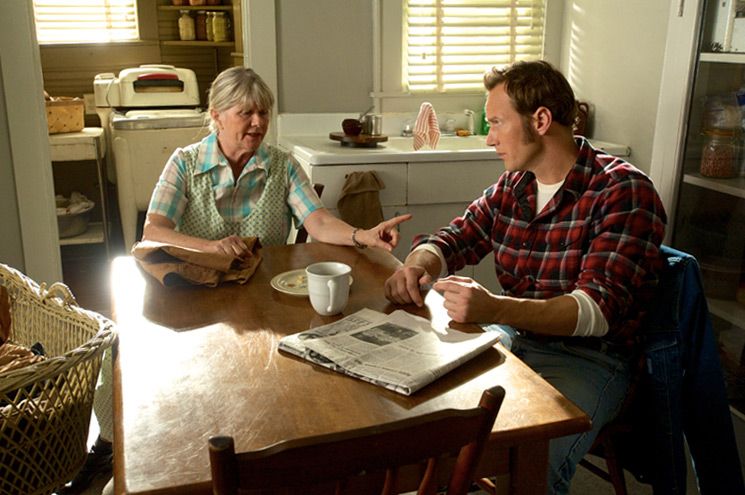 Judith Ivey delivers a warm and funny performance as Jack Mac’s mother, Nan MacChesney. The Tony Winner says of her experience, “Having read the book, being in the real Big Stone Gap was special! To be asked to share this time with [Adriana] was not only flattering, but history in the making!” 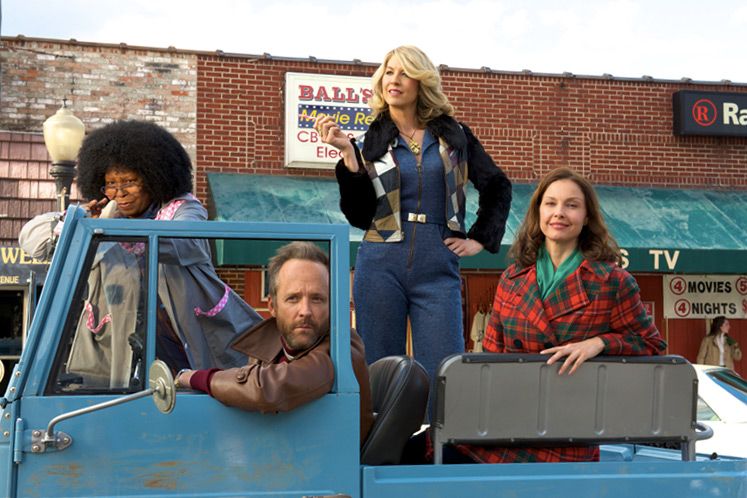 BIG STONE GAP explores the depth and importance of true friendship. Ave Maria finds solace in hers, pictured above: Goldberg’s Fleeta, Elfman’s Iva Lou, and John Benjamin Hickey’s Theodore. “Working on the film version of ‘Big Stone Gap’ in the very town the movie is named after has been one of the great joys of my career,” says Hickey. 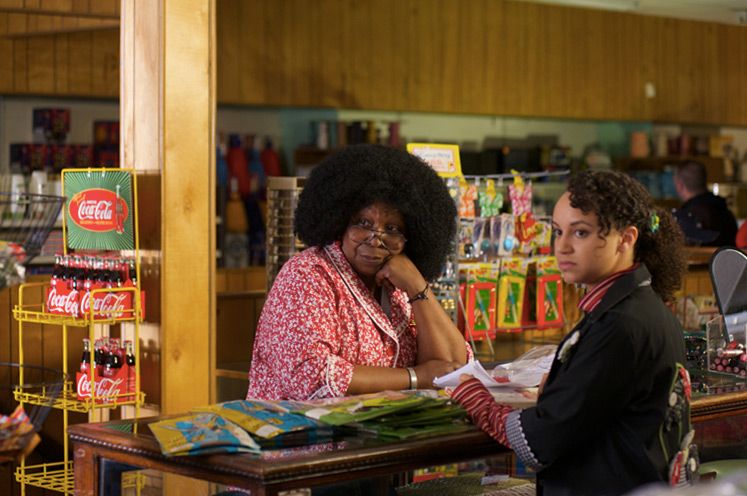 Erika Coleman plays opposite of Goldberg’s Fleeta as Pearl Grimes, a shy girl who finds a mentor in Ave Maria. “The true emotion on set brought me to tears,” admits the young actress. “My only hope is that the struggles and successes captured on film can portray the very real experiences that brought Adri’s real story to life to share with the world.” 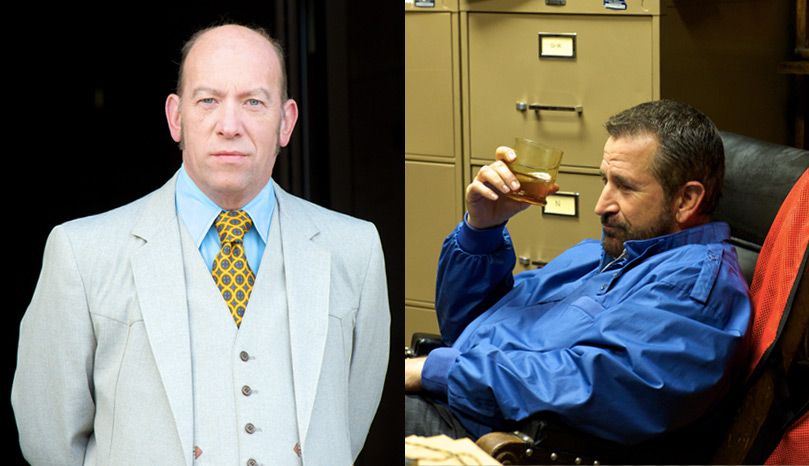 One of the film’s most unique attributes is its infinite use of local talent. Above, Rickey Wiles (left) plays secretary Earl Purvis to Anthony LaPaglia’s Spec Broadwater (right). Wiles, a Big Stone Gap native, says of his experience, “Adri [is] a refreshing and energetic person to work with. Always cares about her cast and motivates them to a higher standard. I’m so glad to have had the opportunity to work with her. I can’t imagine how my life would have been without this movie.” 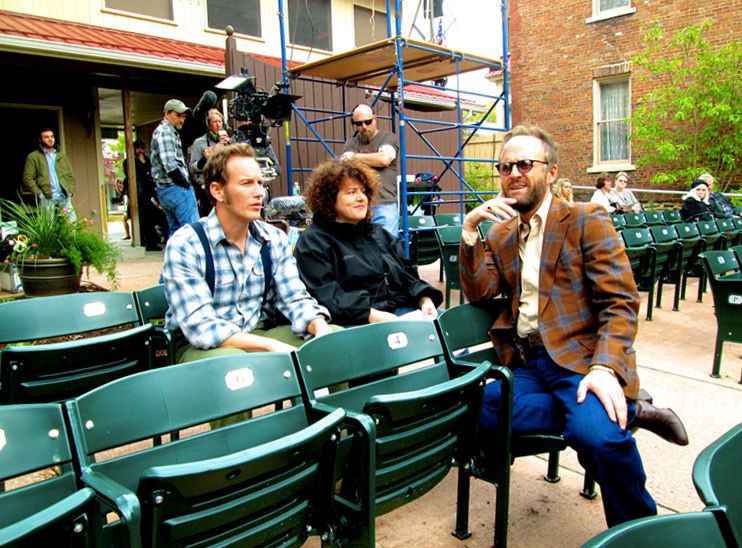 On the set with Patrick Wilson, Adriana and John Benjamin Hickey. The group takes a break in the bleachers of the real theater that houses The Trail of the Lonesome Pine Outdoor Drama, one of many real Big Stone Gap locations used in the film.